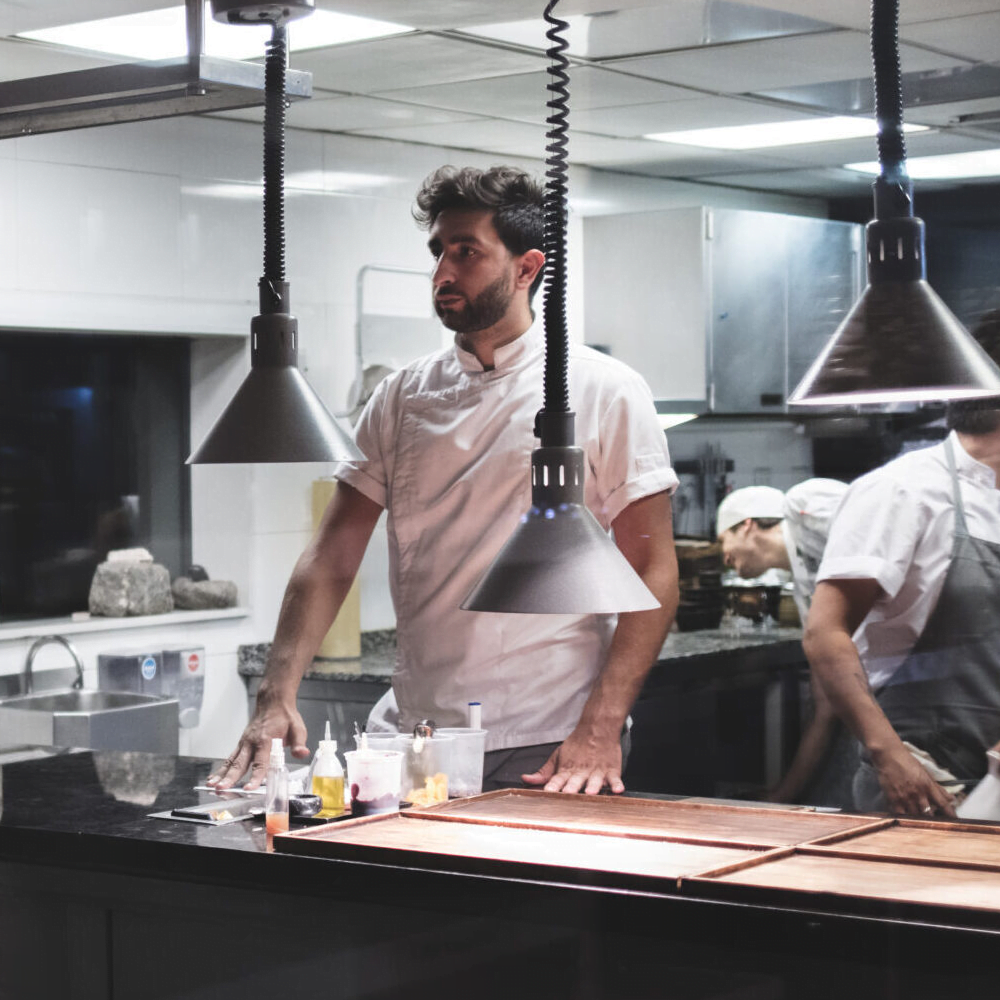 Unlike many of the great chefs who began their relationship with cooking in their childhoods, sitting on stools in their mothers’ and grandmothers’ kitchens, Pedro Bargero felt no interest at all in gastronomy until he was 20 years old, when the need to do something with his hands, combined with a deep longing for traveling, resulted in him applying to cooking classes. He then discovered a true passion for products, flavors and techniques, and quickly built a career that took him from CHILA to the French restaurants of Mauro Colagreco and David Toutain, then to the most diverse kitchens in Europe, and then back home as Executive Chef at Andrés Porcel’s restaurant. Pedro’s arrival at CHILA marked a cultural break not only in the history of said Relais & Chateaux, but also in the food scene of Buenos Aires and Argentina. Pedro brings the products he works with to life by using them in new and disruptive ways, playing with texture, taste, color and perfume while designing surprising and unpredictable experiences for his diners. He is a revolutionary force whose singularity shapes CHILA’S identity one chapter at a time.